Why the Brain Likes to Make Patterns 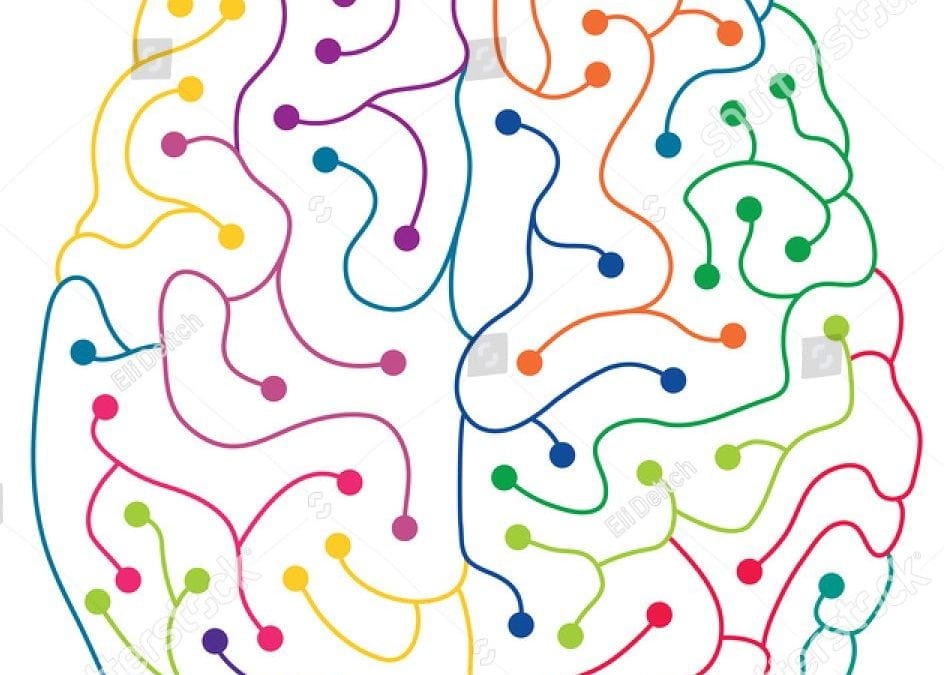 Your brain is a pattern recognition and construction machine. One thing your brain still does better than anything else, including its nemesis, the computer, is recognize visual patterns. Your brain can connect objects and concepts that are unrelated. It will create a connection, and if that connection is useful it will add to it and build on it. How about these two FISH and SKYSCRAPER. Can you connect them?

Of course you can, I bet you just did.

If you drive a car, your brain has created a number of connections, like how you ease off the clutch and on the gas. You have an embedded mental and physical pattern for how you do it. You see a red light. You stop. You don’t have to think.  It’s nearly unconscious. You’ve built a mental process for driving that allows you to do it without thinking.

Why do we build patterns? Here are two pieces of data that shed light on the topic.

The Brain has 2% of the body’s weight, and uses 20% of the body’s energy, Tim Hurson points out in Think Better. Thinking uses energy, any optimizing system will take steps to reduce that drag on the system.

The brain, according to Dr. Win Wenger, can consciously process 126 bits of information per second. The brain receives 10 million bits per second. That means we can focus on only 1/80,000 of the data our brain is getting. Conscious thinking is a scarce resource and any system will take measures to husband its scarce resources.

Build a new pattern for how you do something, some might call that learning, and you also build corresponding neuronal pathways to go with it. You build connector cells between the neurons needed to do it. Your brain will also build insulator cells so the neurons firing within that repeated thought pattern are more efficient and faster. Firing is easier on the neuronal highway than on the mind’s back roads.  Though the problem with highways is there are few exits. If you’re not paying attention you go by your exit and you have to drive 40 kilometers to fix your mistake. So…

We build patterns because they make us energy efficient.

We build patterns because they free up a scarce resource; conscious thinking.

We build patterns because it’s what our brain does best.

The challenge for exercising creative thinking is to constantly be building new patterns. The more patterns you have, the more easily it is to switch perspectives and view things from a different angle. All those new patterns build new connections and new connector cells in your brain, reinforcing creativity. This means that the best way to get quicker at learning new things is to learn new things quickly, and the best way to get more ideas is to get more ideas. They are self-reinforcing behaviors. In addition, all that brain growth has a secondary benefit; one that might be even more useful than increasing your creativity. Consider the case of Richard Wetherill.

Richard Wetherill was an incredible chess player. In 2001 having retired from his job as a university lecturer, Richard became disturbed. He noticed that his capacity to think eight moves ahead in chess no longer existed. Richard was now thinking only four to five moves ahead. He made an appointment with a neurologist in London and was subjected to a battery of tests. The tests revealed nothing abnormal. Wetherhill had no indications of dementia, and seemed to have a functioning brain for someone his age.

Two years later, after living a normal life, Richard Wetherill died of causes unrelated to his brain function. An autopsy was performed and Wetherill, doctors discovered, had advanced stage Alzheimers. Richard Wetherhill should not, in his dying days, have been a functioning human being. Yet he was.

Doctors discovered that Wetherhill had a preponderance of glial cells. Cells that facilitate new connections between far reaching areas in the brain. (Einstein’s brain had the same phenomenon.) Wetherill also had high concentrations of white matter, connector cells that link neuronal clusters, sometimes connecting remote regions of the left and right neo-cortex. Neurologists, based on the lessons derived from Richard Wetherill, now believe in a concept called brain plasticity. A vigorous intellectual life of learning can make your brain more resilient and less susceptible to the effects of Alzheimer’s or dementia.

If you would like to read the complete article you will need a subscription to New Scientist: How brainpower can help you cheat old age

Every time you connect unconnected thoughts and begin to build a new thinking pattern, every time you endeavor to learn a new skill, solve a difficult problem or exercise a new or existing hobby, each time you play in a new space,  you not only exercise your creativity and increase your problem solving quotient; you also increase your brains plasticity.

We knew it was true, but now we can say it with confidence.