How Can I Be More Creative? 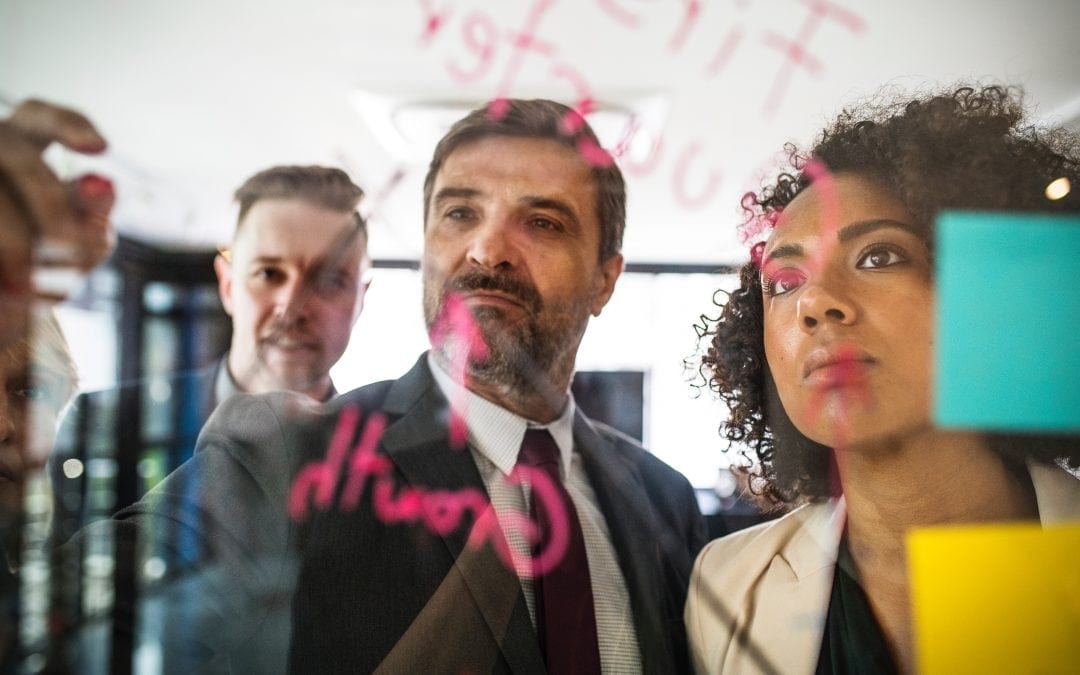 “Daring new ideas are like chessmen moved forward: they may be beaten, but they start a winning game.”
— Author unknown

How many times have you heard this: “we’ve got to be more creative around here,” or “we need some creative solutions to this problem,” or “he/she is so creative — they’re always coming up with great ideas.”

Creativity has always been well-regarded in fields like the fine arts or inventing. Yet business and industry are embracing it as a way to improve quality, reduce costs, generate new products and services, and gain a competitive edge.

This article will look at some ways to help you create more options or ideas to solve your personal and professional problems or challenges. We’ll do this by putting creativity to work.

Now wait, before you say “I’m not creative,” let me say, “Excuse me, but yes you are!” You may not feel as creative as Albert Einstein, Picasso or Thomas Edison, but there have been hundreds of studies that show that everyone is creative. Especially you, especially if you don’t give up on your challenge. And if you use the tools that we’ll present here, you may make yourself even more creative.

These tools can help you create more options and ideas for yourself and help you eliminate stress and fear from your life by solving your problems and challenges. Does that sound like a good thing? I thought so. Now let’s look at it more closely. 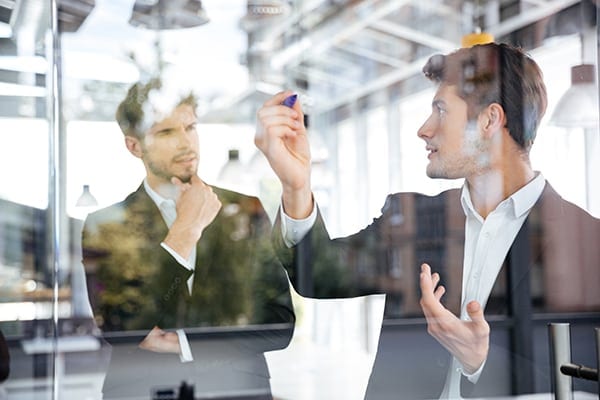 Ever since the days of ancient Greece, people have been looking at creativity, mostly from the perspective of who is creative. We’ve already noted that everyone is creative, so let’s look at another side to it: How can we be creative?

One person who did an extensive amount of work on this question was Alex F. Osborn. He had a strong interest in creativity since his business revolved around it — he worked in advertising, in fact he had a lot to do with one of the largest ad agencies in the world. The name of the agency is BBD&O, and he is the “O” in the name. He also invented the technique of brainstorming, which we’ll discuss a bit later, as well as co-creating the Creative Problem Solving process (and for you trivia buffs, he also founded the Creative Education Foundation in Buffalo, NY).

No matter how you are creative, it plays a big part in most of the things that you do, whether it’s in your personal lives, your job, your relationships, or your education. You need creativity to keep up with the changes in the world. Change that seems to be happening faster and faster than ever before, with companies laying off more people, crime on the rise, our schools not being able to manage on the budgets they’re given, and the fact that technology is causing our world to change and seem faster and smaller.

It would be very easy to become tense about these things, in fact it’s probably happened to you. It’s happened to me. But throughout history, we always have been, and always will be, able to adapt to new ideas, new occurrences, and new influences.

That’s what creativity helps us do — adapt to newness by creating new ideas or options that we can use. The definition we use for creativity is “novelty [or a new idea] that is useful,” I think that’s a good way to approach it, especially when thinking about how to handle problems or challenges that we face.

What Happens If We Don’t Accept New Ideas?

Bad things happen if we don’t accept newness, the world will march right by us, and we’ll be left all by ourselves wondering what happened. Consider these examples of people who weren’t ready for new ideas:

This was said by Lord Kelvin of the Royal Society in 1895, and by many other people before the Wright brothers proved them wrong. Think of that the next time you drive by an airport or fly in an airplane.

“This ‘telephone’ has too many shortcomings to be seriously considered as a means of communication. The device is inherently of no value to us.”

The next time you pick up the phone to “reach out and touch someone,” think of the preceding quote from an internal memo at Western Union in 1876, and wonder what would have happened to this telegraph company if they had accepted this new concept.

“Who the hell wants to hear actors talk?”

I do. And billions of dollars are spent by people every year to see movies. This shows that many people don’t agree with H.M. Warner of Warner Brothers films who made this statement in 1927. Fortunately, Warner Brothers changed their minds, otherwise it would have been “that’s all folks” for them.

“We don’t like their sound, and guitar music is on the way out.”

This time, they were right. You’ve probably never heard of a band called The Beatles, have you? Oh, you have. Then I guess the executive at Decca Recording Company who said this about John, Paul, George, and Ringo’s group in 1962 was wrong. So wrong that Rock and Roll hasn’t been the same since they introduced their sound to the world.

“The concept is interesting and well-formed, but in order to earn better than a ‘C’, the idea must be feasible”

What do you suppose this Yale University management professor was talking about, cars made out of bubble gum? Training cows to clean houses? Trying to get the government to reduce taxes? No, this was the response to a paper written by Fred Smith proposing a reliable overnight delivery service. He proved the professor wrong by founding Federal Express. Think of that the next time you’re passed by one of their white, purple and orange trucks.

Get the picture? New ideas sometimes look strange, funny and impractical. But don’t be so quick to rule them out. Now let’s talk about how to create new ideas.

How Can I Be Creative? 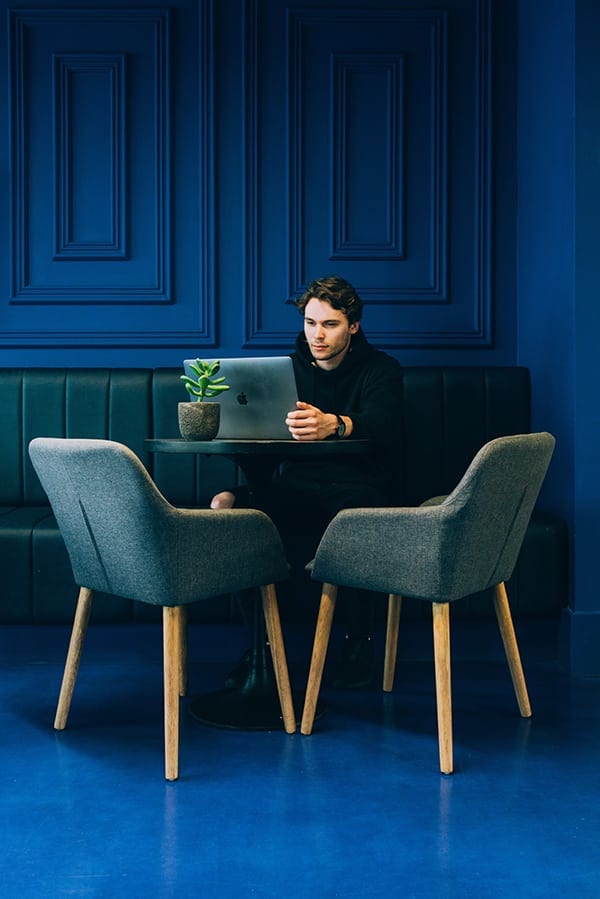 So now that you’re done laughing at those foolish people who were wrong about new concepts, take a look at the following symbol and say what you see:

What do you see, a black dot? Good.

What else do you see? How about a very large period? What else can you think of? Here’s some other things you might see:

Overhead view of a cup of coffee (no milk, two sugars)

A very dirty basketball (probably from playing on blacktop)

A train in a tunnel that forgot to turn on its headlight (look out!)

A bad thing to find in the bottom of a boat (where’s my lifejacket?!)

That bullet thing over there (oh yeah, and also a bullet hole in your computer screen)

That secret place in the washing machine where one sock will hide, never to be found again (the only exception to the scientific laws of conservation)

Did you notice what just happened? Instead of accepting the first answer that came out, we went beyond it to come up with more ideas. This is the first principle of our process for being creative, be open to and create lots of ideas.

How to Create a Lot of Ideas 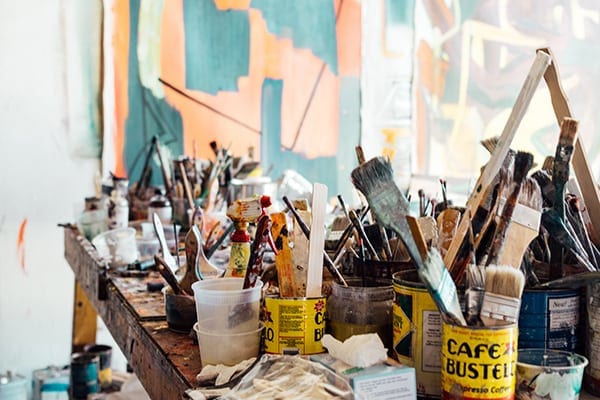 If you want to impress your friends, you can call this “divergent thinking”. It’s based on the way that your mind naturally works when you’re being creative, and it is something that you can do intentionally when you need to create more options or ideas for a given situation.

Alex Osborn (the advertising guy, remember?) created the concept of brainstorming which is a way for a group come up with many, many ideas in a short period of time, and the same guidelines apply for working by yourself to come up with many new ideas. In his book, Applied Imagination, Osborn provides us with four guidelines for doing this:

no criticism right now. Remember the people who said that airplanes were impossible? Don’t be one of them. Yes, at some point it is important to judge an idea, but don’t do it while you’re trying to generate ideas.

Osborn said that, “quantity breeds quality,” or the more ideas you come up with, the more likely it is that one or more of them will be a great idea.

Osborn said, “it is easier to tame down than to think up.” In other words, we can worry about how to make it work later, so look for as many seemingly “crazy” ideas as you can — the wilder the better.

Combine and build on ideas

“piggyback” or “hitch-hike” one idea to another to create a new idea. An example of this is the combination of a combining an engine with a horse carriage to create the concept of the horseless carriage, or what we now call an “automobile.” Sound familiar?

By using these principles when we look for new ideas or options, you give yourself permission to come up with ideas you might not otherwise pay any attention to, but that actually make sense when you think about them, tame them down, or add something else to them.

Give it a try on a real problem and see if you can’t come up with many ideas. Before you do though, tell yourself how many ideas you want to come up with, maybe 30 ideas if your problem is well defined or 100 ideas if you want some really bizarre ideas, and then don’t stop until you come up with that number. Alex Osborn pointed out the value of creating many ideas by assigning a value of one cent to the first idea. If the next idea is worth twice the previous idea, (for example the second idea is worth two cents, the third idea is worth four cents, and so on), by the time you get to the 30th idea it is worth $5,368,704. The moral here is to stretch for one more idea, because it may be worth a lot!

Of course this isn’t the only way to find ideas or options to solve problems or challenges, merely one way that has been proven to work. When you’re working on trying to create ideas or options to help you solve a problem, feel free to add some other tricks, tools or techniques that you may have used in the past to help you.

The only thing that you can’t change in this process is the concept of not giving up. When we’re faced with a challenge or a particular problem, it’s easy to say, “I can’t do it,” or “I don’t know how to solve it,” or ‎It’s impossible.” Nothing is impossible, with the possible exception of skiing through a revolving door. So give yourself the chance to look for ideas before you judge them. You’ll find that your ability to create solutions may surprise you.