Why Humble People Are More Creative 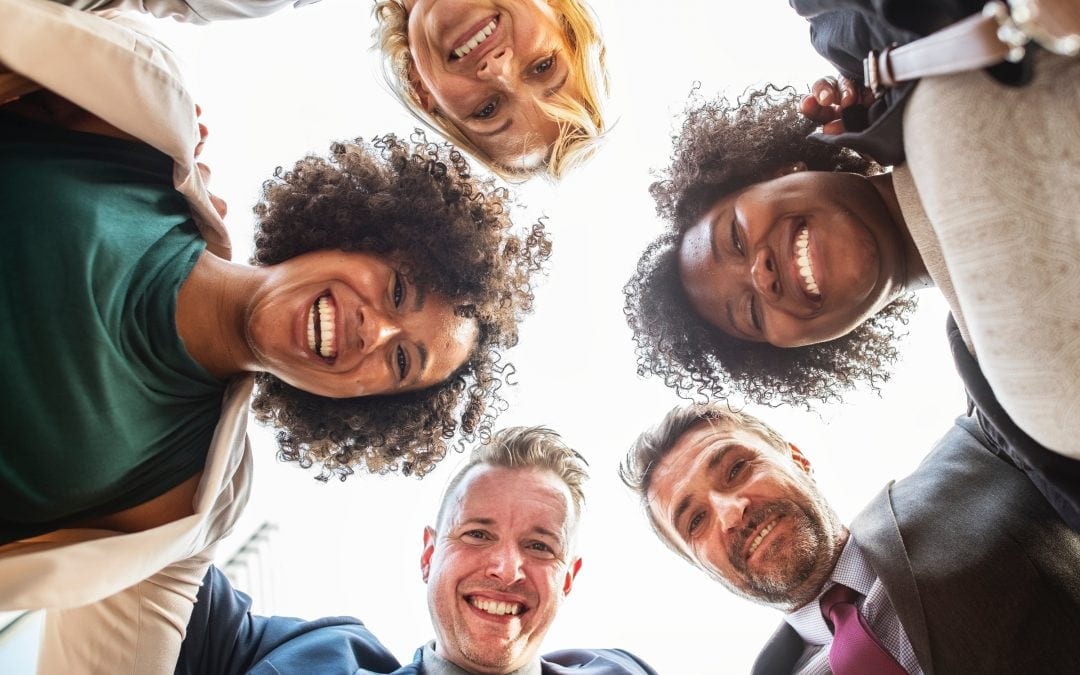 Surrender to Your Humanity
You are a human being. Nothing more, nothing less. Ergo, you can never be perfect even though you can do some pretty amazing things. So, stop wasting time and energy being ashamed when you mess up. Quit pretending you know what you are doing and what you are talking about when you’re not really sure. We waste too much energy in the cover-up. It’s a conspiracy… but Mulder and Scully can’t help you out here. We ALL pretend that we’re a little more together than we really are. Yes, you’re not the only one. Because of that, we’re all overly afraid of making mistakes and being found out. So, we’ve developed many duck-and-cover strategies that get right smack in the way of performing well as innovative teams.

Why Admit I’m Not Perfect?
The greatest outcome of surrendering to our humanity is that we stop being so judgmental of other people when we see them mess up. No more “holier than thou.” And stepping down from our shuck and jive pedestal makes us a lot more fun to be around. People become drawn to us. We become the model of what we really want in others. They become willing to try out new thinking and different skills when we’re around. They’re growing and learning… we’re growing and learning; it’s the fertile seedbed for innovative teams.

Sound like a situation you’d like to be in? What can you do to get there? Take steps to understand why you react the way you do and what that motivation means to you and your team.

You have a reptile living in your brainstem.

And, no, not in a B-movie, horror flick kind of way (though that would make for great conversation at the next company barbecue…).

Our most basic survival behaviors are run by our reptilian brain. We call this part of our brain the “gator brain” because it is similar to the ENTIRE brain of the alligator. Now, an alligator’s existence is a pretty basic thing. Find food, protect your territory, protect yourself, and reproduce. Animals, which have evolved in a particular environmental niche, regard anything that is a change in that niche as a threat to their very existence. Less complex animals, like reptiles, have four choices in terms of how they might deal with that “newness:” kill it, eat it, run from it (or mate with it… but we’re forgetting about this — for now).

Our natural reaction when confronted with “newness” is the same to an extent. Fortunately, we have another part of our brain, the neo-cortex (the “innovative brain”) which has the ability to override the primitive instincts of the gatorbrain. We can treat newness with curiosity. We can defer judgment and look for the possibilities that exist in new ideas. We can be smarter than gators if we choose to be. Innovation teams are smarter than gators most of the time (notice we didn’t say “all of the time?”). Creative individuals on innovation teams have re-habituated themselves so that their first response to newness is to understand it fully before they assess its potential value. It’s their pathway out of the swamp.

The folks you’ll meet and work with there are much more productive, and hey, dry feet are a wonderful thing.

When I Grow Up…
How old are you when you’re finally a grown up?

We gave up trying to figure it out when we realized there is no such thing as a grown-up.

So, at what age are you a know-it-all?

After all, how old are you when you know everything? Sixteen or seventeen, right? Then you realize that you really don’t know it all, and, maybe, your parents really do know some useful things. So no, we’re never finished growing, but sometimes we stop being willing to learn.

We get our heads stuck so firmly up our …attitude that we think we have to know everything in order to do our job, that in order to create new ideas we must have complete knowledge. Ha! We need to get a clue! Unless you happen to be “one with the universe,” IT’S IMPOSSIBLE. In fact, it feels like the more we learn, the less we know. And as soon as we realize we’re never going to know everything, we get unstuck.

We’ll say it again; there is no such thing as grown-ups; just growING-ups and stuck people. That’s it.

Which one would you rather be?

A Funny Thing Happened on the Way to the Water Cooler…
We take ourselves soooo seriously. Too seriously. We still believe that in order to do a good job, to do it right, we must be serious. Get serious!

We may be doing serious work… flying planes, making cars, taking care of patients, managing a company, teaching students, keeping the books… but that doesn’t mean we need to be staunch and staid all of the time. We can do serious work without being, well, serious. In fact, its’ really counterproductive to do it any other way. “Grown-ups” are always sooo serious. Growing-ups frequently are not.

Humor Isn’t Just for Fun Anymore…
Research on environments that foster innovation show that playfulness and humor are critical elements. We can be serious about what we’re doing without taking ourselves seriously.

Impossible, you say? Hah! Well, did you hear the one about the accountant, the auditor, and the lemur? No?! Ok, well see the lemur goes into the office and says…

Okay, maybe that’s beyond the point we’re making, but we do need to laugh a little.

See the humor in your mistakes. Play practical (harmless!) jokes on one another. Let go of the need to look like you’re completely in charge of your emotions and above it all (and if you are above it all, throw some confetti down and get the party going!). Don’t be above the need to laugh, above the ability to laugh.

In the words of Ethel Barrymore, “You grow up the day you have your first real laugh… at yourself.”

So, if you can’t laugh at yourself, you’re being ridiculous. And that’s kinda funny don’t you think?

Speaking of ridiculous, can guess which of the New & Improved partners wears Disney underwear under his/her business suits? Even when it’s not casual Friday? Probably ALL of them!