How to Be as Creative as Leonardo Da Vinci

The Last Supper, the Vitruvian Man, the Mona Lisa, flying machines, ideal cities, and a triple-barreled cannon. These are just some of the known works of esteemed artist, mathematician, and engineer, Leonardo da Vinci. Celebrated as an “innovator,” this article extracts three lessons we can take from Leonardo as we strive to bring conscious creativity into our lives.

NOTE: We suggest reading about the essential innovator’s values as a primer. 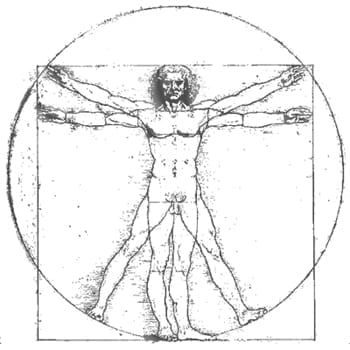 Did you know that da Vinci, among the many other titles he held, was a sculptor, botanist, anatomist, and an expert in the physics-based fields of optics and perspective?

While Leonardo was certainly masterful in his craft of painting, what made him stand out from many Renaissance men was his polymathic nature.

Polymaths are individuals who hold a level of expertise in many different fields of study. They are a jack of all trades, and master of SOME. In his work, polymathic tendencies can be observed. Due to his study of optics, he was able to understand the way light bounces onto shadowed areas and provides the luster in a painted subject’s eyes. His study of anatomy allowed for illustrations of twisting serpentine bodies with anatomically correct muscles and tendons.

From his study of the vascular system, he deduced that a city should function with designated channels for industrial purposes as well as waste removal. 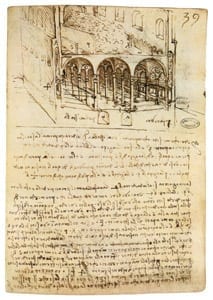 Much the same, polymathic leaders today can see “the larger picture.” They can connect the dots between different fields of study, and see how different divisions of their business units can make novel solutions a reality.

Years ago, Dr. Donna Hamlin performed a scientific study at Rensselaer Polytechnic Institute (RPI) relating to the reading habits of scientists. What did the most innovative scientists share as a common attribute? They all read very broadly, outside of their fields of expertise.

This is why at New & Improved, we always encourage a diverse feed of information to stimulate novel ideas in your life. In our Facebook feeds, we share our own content, but continually push out good ideas/inventions/products/innovations from around the world that might spark newness in your brain.

Want to hear what a modern polymath sounds like? Listen to Tim Ferriss’ interview with Stewart Brand.

While polymaths might show an aptitude for certain areas of study, what drives them to become proficient at multiple subjects is their deep-seated curiosity about the world around them. 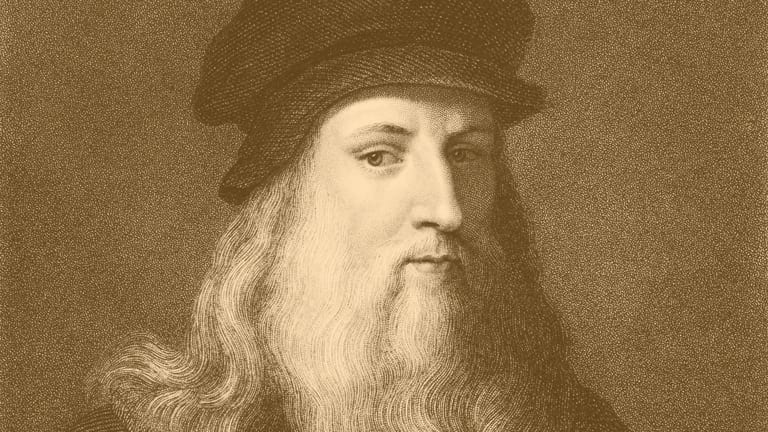 Da Vinci was a naturally curious individual. In his journals, one can find to-do lists that include items such as: 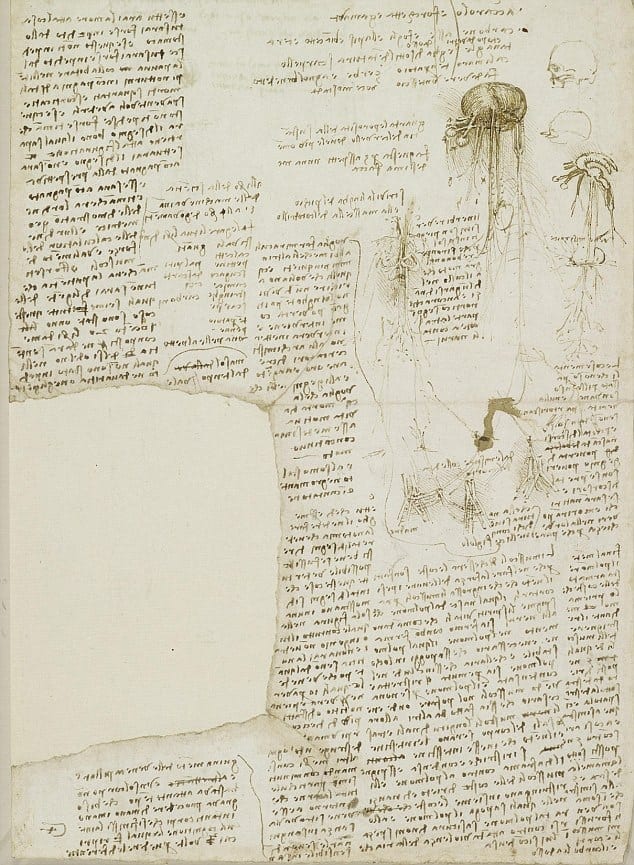 Often, Leonardo is critiqued for his lack of finishing paintings, distracted by his insatiable curiosity, which is exemplified by the numerous to-do lists found in his journals. Many times these “distractions” are what informed the most profound aspects of his paintings. Let’s take “measure Milan and its suburbs” as an example. Later, this pet project proved to be the backbone of accurate and detailed maps made for his patron, Cesare Borgia’s, military conquests. While today Google Maps gives us this information at the click of a button, in Leonardo’s time, most mappings were often inaccurate, scaled incorrectly, and included mythological or artistic interpretations to add grandeur. (see this map of Rome from 100 years later) 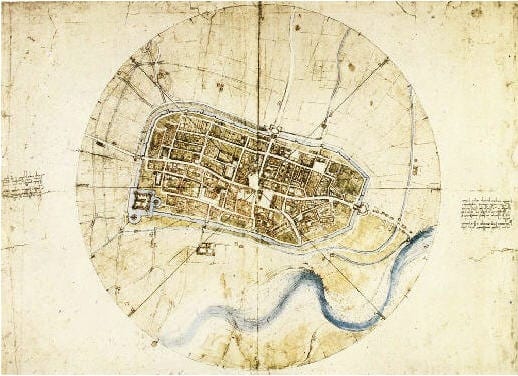 Like Leonardo, great Innovation Leaders have fun learning new things. The difference between innovation leaders and average managers is that innovative leaders structure their lives in such a way that learning is never relegated to the “if I can get to it pile.”

It is a core part of their day-to-day living pattern. They recognize the value of diversifying their interests because they intertwine and can bring a new perspective to old problems.

Whether it’s taking classes, reading books, attending presentations, engaging in dialogues, or looking for divergent information Won the web, they do it because they want to learn more.

An interesting note is that their learning is often outside of their own field. Because they’ve worked for so long in their business, they know a large percentage of what there is to know. So they tend to learn on the fringe of their base competency, and because they explore “outside” interests they are often making novel connections from them, to the work they do. Of course, to utilize this knowledge, an innovative leader must have the courage to take new learnings and apply them beyond the theoretical.

Courage in the Face of Challenging the Status Quo: A challenge of perspective 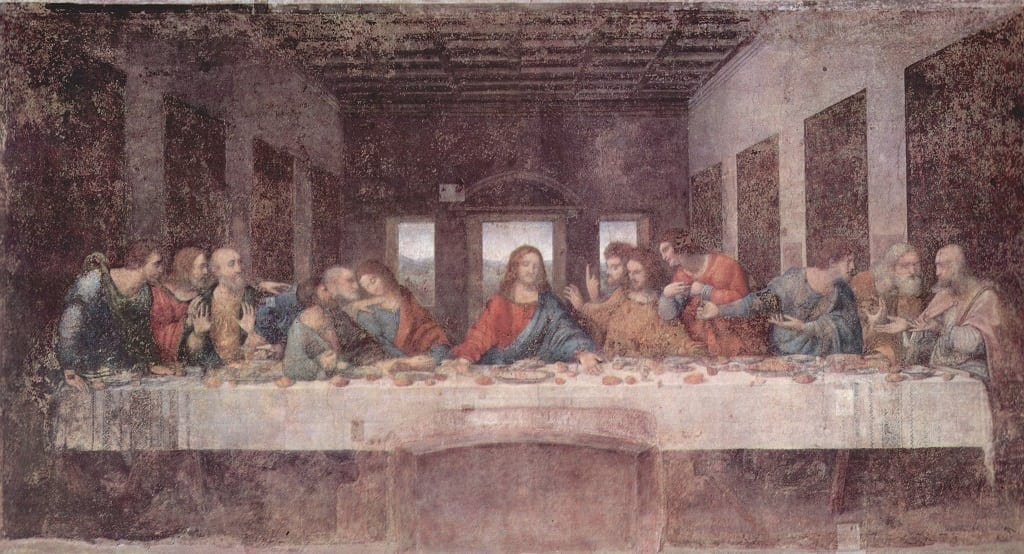 Leonardo became a master of this technique, but he encountered a problem – linear perspective worked for art pieces where the eye could visually take in all elements due to relative proximity but failed with larger paintings. In his masterworks, such as “The Last Supper,” which measured 15’1″ x 29′, Leonardo recognized that a mixture of natural and artificial perspectives would be needed to solve the visual problem. The result of this was something he called “Complex Perspective.”

Even further, Leonardo challenged the technique of painting frescoes. Traditionally, frescoes are made when pigments are transitioned to wet plaster with water, causing a chemical bond to occur. This results in a lasting image, which can be seen on a visit to Europe’s many historical art sites. Avoiding the tried and true method, Leonardo decided he wanted his painting (which was on the wall of the refractory in Santa Maria delle Grazie in Milan) to have the luminosity and detail of an oil painting. To do this, he changed the method to which he made his “fresco” by adding an undercoat of white lead to enhance the brightness and a finish of tempera. Unfortunately, this experiment did not result in a lasting image. The Last Supper started to fade in Leonardo’s lifetime and has faded considerably since.

Imagine life as Leonardo, a known socialite with prominent standing in the court of Milan. After decades of painting, he began to experiment with complex perspective. To add even more risk, he attempted a new and relatively untested method of painting to one of his masterpieces –  a very large piece that was very expensive. Inherently, to try these new techniques, there was risk involved. The courage to change technique, pivot, and move forward is the same courage that innovative leaders need today to break preconceived notions of best practices and product design.

We talk about courage as being an essential value for innovative leadership because, frankly, it’s grossly understated. If you take a risk at work that doesn’t pan out, you might very well be fired; challenge the status quo and you might ruffle the wrong individual’s feathers. We talked about how this happened to a participant working on organizational diversity at a week-long executive leadership program which we facilitated. For him, it resulted in positive changes, but that isn’t always the case.

Want to take the first step toward being more courageous at work? Try POINt to evaluate new ideas!

While Leonardo may not have run a global business or worked to cut costs and increase profit, he certainly exhibited some of the innovator’s values and demonstrated the skills of a creative problem solver with inventions which foreshadow the helicopter, scuba gear, and transportable bridges. He serves as an example of some of the ways in which we might improve our own innovative leadership.

Are you looking to develop yourself and/or your team to be conscious creatives? Learn more about how innovators have been adding value for thousands of years through the use of the Universal Creative Process.